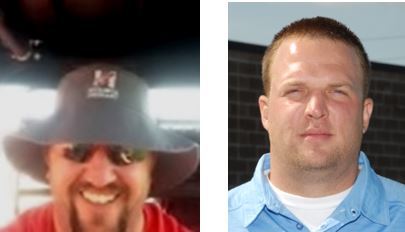 Mark "Flo" Florence earned his Bachelor of Arts in Athletic Training from North Central College and his Master of Arts in Educational Leadership from Aurora University. He currently works as the head athletic trainer at Naperville Central High School in Naperville, IL, where he is also a physical education instructor. Before that, he served in the same positions at Neuqua Valley High School, worked as an athletic trainer and substitute teacher at Wheeling High School, and as a graduate assistant athletic trainer at North Central College.  Flo is no stranger to the IATA board, having served in many positions in the past. He has been a member of the Secondary Schools Committee since 2004, and was the Region 2 Representative from 2012-2016.  During that time, he was honored with the IATA Dedicated Service Award in 2015. Flo and his wife, Christy (who is also an athletic trainer) have two chidren, Andrew and Emma. His hobbies include fishing and watching Chicago sports, except for the Cubs ("go Sox!").

Aaron Kremmel is a graduate of McKendree College where he received his Bachelorâs Degree in Athletic Training, and  earned his Masterâs Degree from Ohio University in 2007. He is currently an Athletic Trainer at Belleville East High School in Belleville, IL, and he has held that position since 2009. Aaron has been working with Fire and Ice Womenâs Semi-Pro Soccer for 6 years as well. Aaron also serves on the Illinois High School Association's (IHSA) Sports Medicine Advisory Committee. He and his wife Amy reside in Millstadt, IL with their 2 kids Anna (7) and AJ (5). In his free time Aaron enjoys hunting, fishing, and spending time with family and friends.