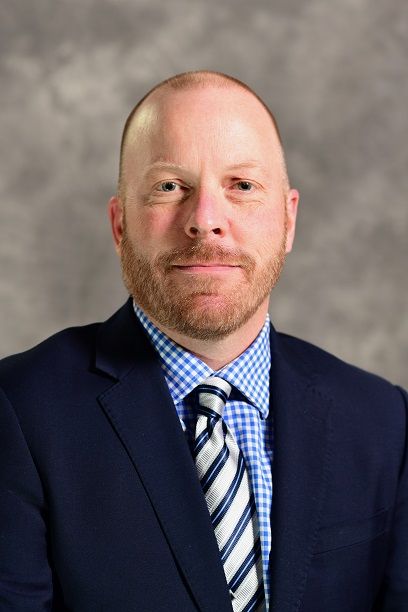 Matt is an athletic trainer with Orthopaedic & Rehabilitation Specialists of Central Illinois, located in Decatur, IL. Matt works under the direction of Dr. Kenneth Tuan and Dr. Susan Wu, providing athletic training services within the physicians' practice and Maroa-Forsyth High School. Matt received his Bachelor's degree in Kinesiology - Athletic Training from Northern Illinois University in 2002. Matt's professional career began at Athletico in Schaumburg through which he worked as a high school outreach athletic trainer as well as an intern with the Chicago Bears. In 2004, Matt and his wife Carrie relocated to Decatur where he began working for Decatur Memorial Hospital. In 2010, Matt earned his Master's degree in Health Administration from the University of Phoenix and managed the DMH Sports Medicine program from 2013-2020. Matt previously served on the IATA Board of Directors from 2009-2019 as Region 4 Representative, Vice President, and President.

Matt and his wife Carrie continue to reside in Decatur and have three children: Reanna, Andrew, and McKenna. In his free time, Matt enjoys fishing, hunting, going to baseball games, and spending time with his family.